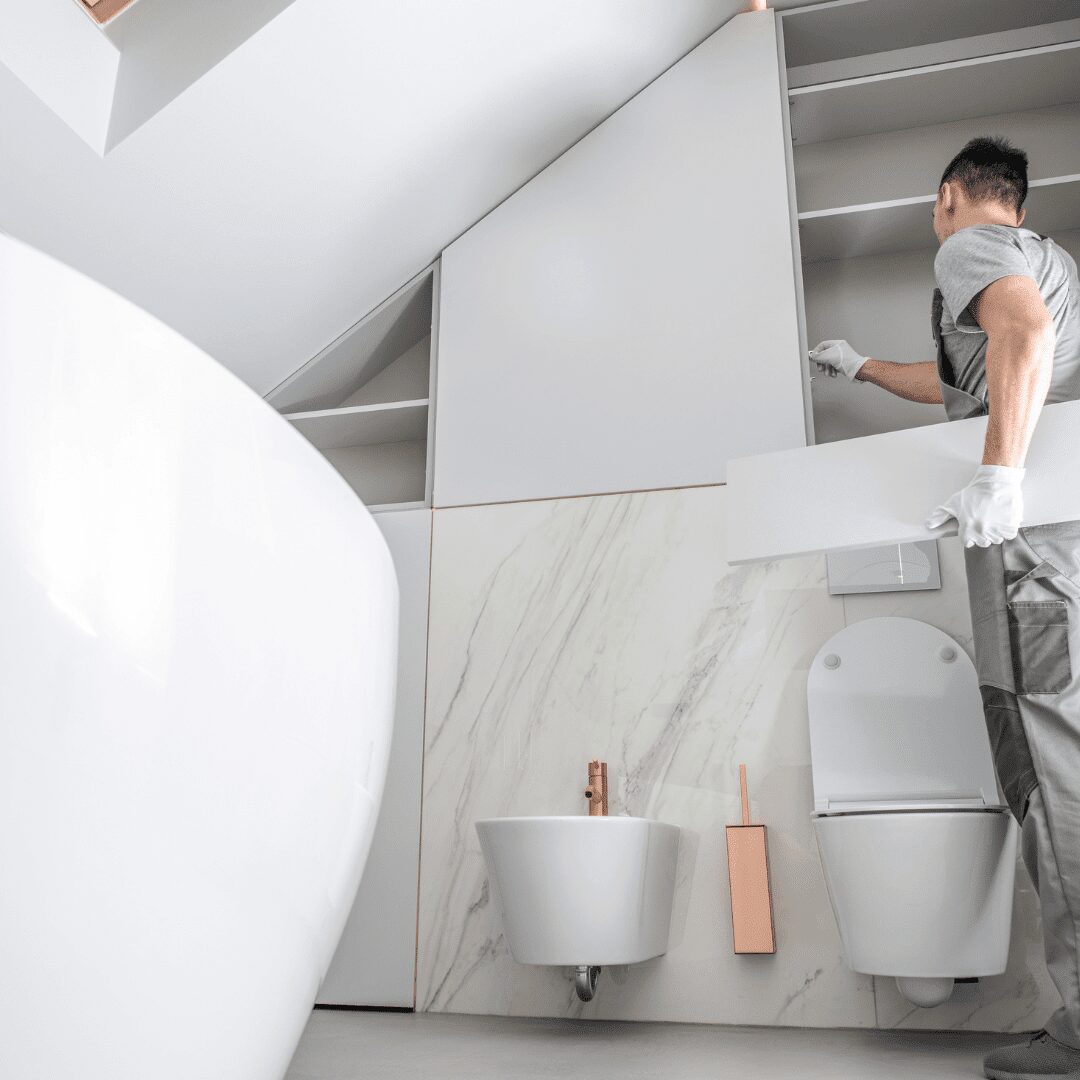 We’ve all wanted to renovate our bathroom and make it look newer. So it is best to understand some of the common pitfalls people fall into when renovating their bathrooms for the first time.

After reading this article, you will not make the common mistakes of spending money on cheap, plastic plumbing, not putting enough storage space, and even more.

Forgetting About a Space for Towel Bars

This is a common one people just simply forget about.

Always make sure when your laying out how your new bathroom should look to allocate an area for a towel bar, usually right beside the shower. I have heard of too many people who have forgotten about this.

And then when they get out of their shower, they have nowhere to put the wet towels. Definitely not something you’d want to forget about.

Many people opt for the cheaper, non name-brand plumbing materials. Which makes sense, since we are used to buying non name-brand things from other stores like Target and Walmart.

But with plumbing, buying the cheaper stuff tends to cost more over time than giving up the extra bucks for a tried-and-true product.

For example, I have known people who have ordered a faucet that was a cheaper version of a name-brand. After trying to install it, they found out it consisted of too much plastic.

If you are wanting a dream bathroom, rely on the name brands that have been consistently proven to do the job correctly; trust me, you will save a lot of money in the long run.

This is the MOST common mistake people make when remodeling their bathroom (forgetting about towel bars is a close second).

People tend to not add enough storage because they want as much space as possible between the different fixtures. This is the correct way to look at remodeling of course. because nobody wants a cramped bathroom with no space.

BUT storage for linen, towels, and other things is incredibly important in a well-designed bathroom. So when you are working on your bathrooms layout, just remember it is FINE to sacrifice a bit of space in return for more storage.

As old Douglas MacArthur once said, “Rules are mostly made to be broken and are too often for the lazy to hide behind.” Don’t be lazy with your storage!

Making the Toilet the First Thing You See

Yes, rules are meant to be broken, but sometimes it is best to abide by them UNLESS you have a different method of success. For example, it is best practice to NOT have your toilet as the first thing people see when they step foot in the renovated bathroom.

Some people go as far as building a private room for their toilet (which is perfectly fine if you have the budget), but you don’t have to go that far.

Just place your sink closer to the door than your toilet, so people see the faucet and the washrags before noticing your toilet.

Not Planning for Good Ventilation

Nobody wants a bathroom that soaks in every odor. That is just not a recipe for a fun time.

So make sure you plan for good ventilation when remodeling your bathroom. What most people usually do instead of learning the intricacies of ventilation themselves is to just mention that good ventilation is a top priority to their contractor.

The contractor will then walk you through electrical installation and HVAC systems–all the interesting stuff and what not.

Not Having Enough Natural Light

Regular light fixture are fine, but they don’t quite match the all-natural feel of sunrays gliding through the windows. It is best to always have enough natural light coming in to light up the entire room, even if all the bathroom lights were off.

Being Too Optimistic with the Renovation Timeline

Remember to always overshoot the amount of time a renovation takes. Too many people assume the project will be done much earlier than expected and are downtrodden when they go past the initial due date.

It’s okay. Do not rush. The best thing to do is to not even guess at all. Just ask your remodeler how long they expect it to take and go off their time.