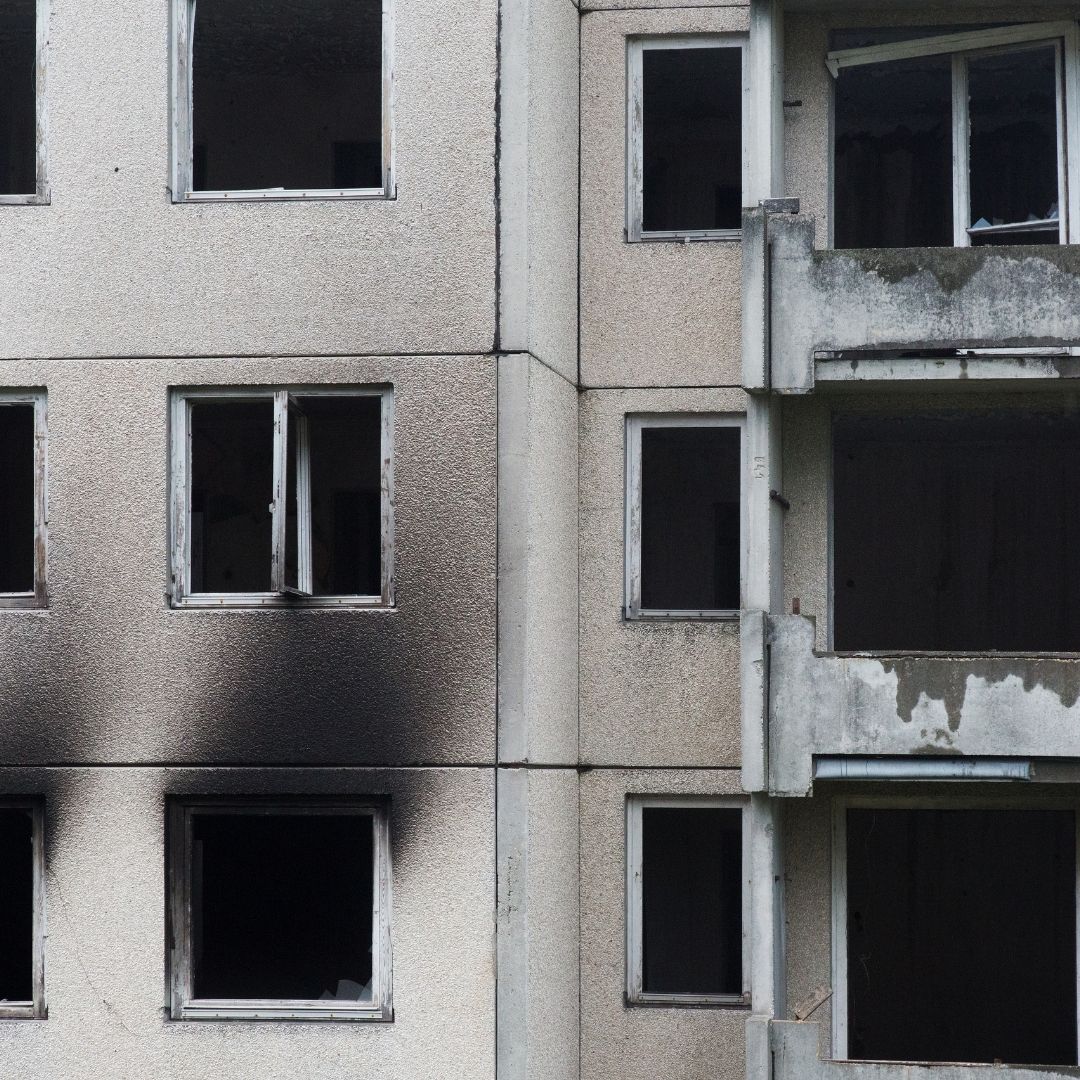 Concrete is a non-flammable material that cannot catch fire by itself. Yes, the surface of it can burn.

For instance, it will catch fire when you cover it with flammable material such as plastic, fuel, or varnish. Concrete alone is not at all explosive.

However, it does not mean that it is entirely resistant to the fire effects. Fire cannot burn Concrete but can leave some impact on it.

How Concrete Works In Fire?

It is correct that a concrete wall offers protection against flames, but it can also get hot. The free space is filled up with air that transfers heat. As a result, it heats up faster.

It is the reason why autoclaved Aerated Concrete is famous. It has good thermal insulation due to the space inside it, and at the same time, it heats up slower in comparison to traditional solid reinforced Concrete.

The high temperature of fire has an adverse effect on the structural property of Concrete, especially its surface zones.

How Do Concrete Walls Respond In Fire?

Experience says that concrete structures stand erect in a fire compared to structures of other materials. Concrete does not burn, unlike wood, and does not bend or get soft, unlike steel.

Do Cracks Occur Due To Fire?

The answer is yes, it may. Concrete cracks may occur when the fire is not in control, but it is not the situation usually. Concrete is susceptible to chipping as it is reinforced with heat.

We all know that the metal heats up and extends when it gets pressure and leads to breakages. And when the mortar joints have the exposure to fire load, you will see that their dehydrated state will be washed out, and they will become soft.

But when concrete or masonry walls are exposed to fire for a longer time than 5 hours, the fire eats the flammable materials from the blocks immediately around. It burns them silently and blows to the side of the burning block.

If no combustible material is left and the block has no solid top, the next block extinguishes the fire.

In some of the situations, a concrete wall stops the fire from spreading. Though Concrete does not catch fire, fire cannot lead to concrete burns such as walls or floors. However, if you have a ceiling, doors, or floors made up of wood, the fire can cross it without entering solid Concrete.

Concrete has a slow heat transfer rate, which means that walls made up of concrete act as the fire shield. It protects adjacent rooms from grabbing fire and stay strong.

Concrete walls do not add fuel to the fire, so concrete walls or floors can be the perfect way to avoid or delay the fire spreading.

Most of the concrete walls comprise the forms that remain in place after pouring Concrete, and these sorts of forms are known as ICF (insulated Concrete Forms). Concrete is a good insulator, but the addition of insulation rigid foam boards on both sides of concrete walls provides more insulation for the home. But can they catch fire?

Foams help build ICF forms where rigid insulation boards are made with flame retardant additives. Thus, foam can meltdown in the fire in place of catching fire. It does not burn, but it is less flammable than wood.

So, foams utilized in ICF or other concrete walls prevent foams from burning by themselves due to flame retardant additives.

We all know that Concrete is a fire and heat-resistant building material made of sand, cement, and aggregate tone. It does not contain any flammable ingredients. Concrete is the form of masonries such as stone, clay, or brick.

It does not get damaged by fire unless it has exposure to 2000 or above degrees Fahrenheit. High temperature can cause concrete breaks, cracks, or brittle, but it does not catch fire.