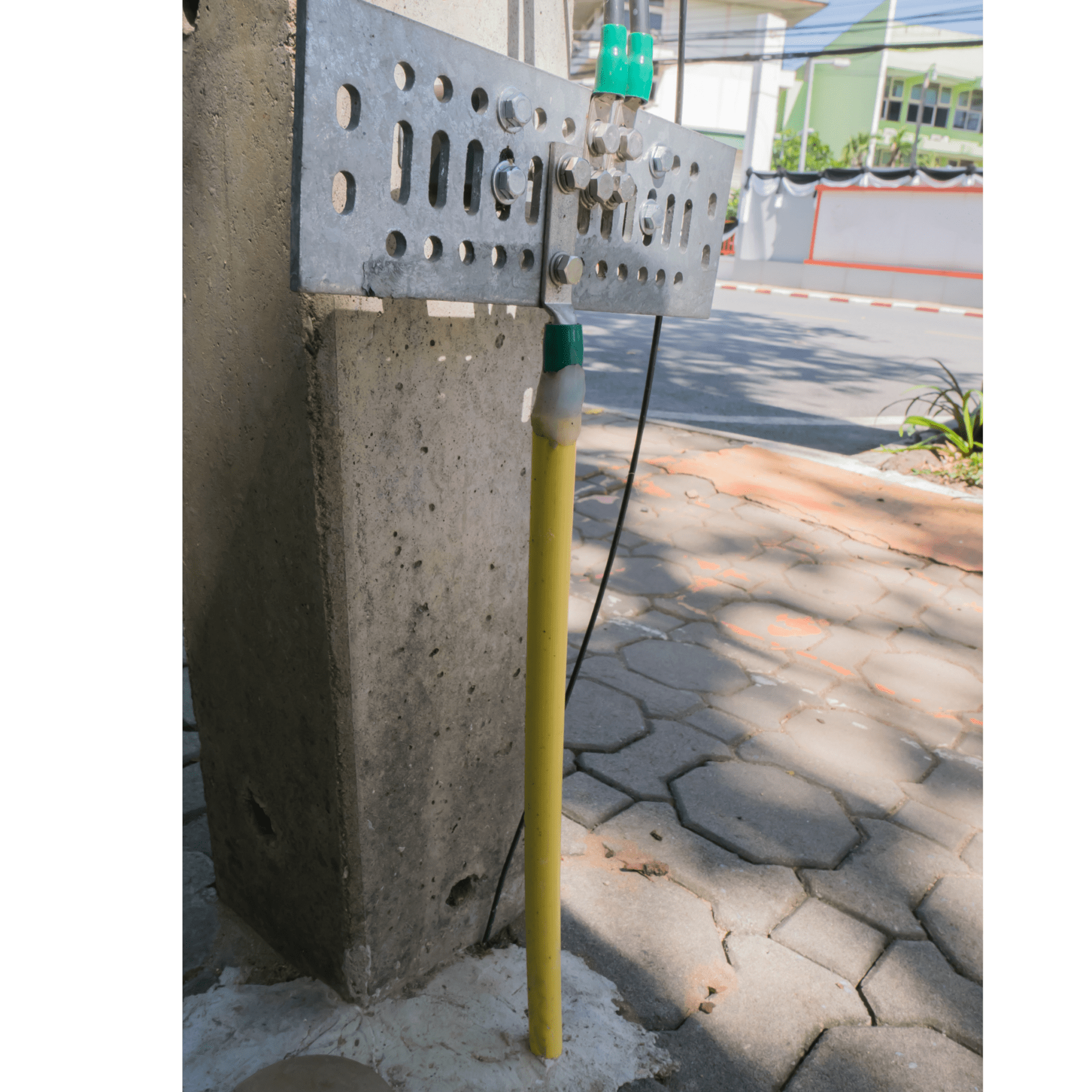 What is UFER stand for ?

The right terminology for the the Ufer ground according to the National Electrical Code (NEC) is Concrete-encased Electrode section 250.52 (A)(3). The Ufer is the common word being used among the construction workers and electricians.

All mechanical connectors are used to connect the electrical panel grounding conductor to the Ufer (rebar) are required to be accessible. An access panel on the exterior or interior walls is required.

However, if the connection is irreversible, using exothermic welding or a listed compression connector, instead of being a mechanical clamp, though, then you can pour concrete over it.

It is recommended to make an access for future installations, electrical inspectors will be asking to verify the existing grounding system when upgrading the electrical meter or/ and install new solar system.

Related: Everything you need to know before rewiring your house cost and tips.

Exception No. 1: An encased or buried connection to a concrete-encased, driven, or buried grounding electrode shall not be required to be accessible.

Ufer is required to be 20 ft. long minimum and it shall be one continues piece, or if in multiple pieces, use a rebar tie wires or exothermic welding to achieve the 20 ft length and it shall be covered with a minimum of 2 inches of concrete.

It shall be installed in the footing to have a direct contact with earth not above the slab on grade because of the vapor visqueen which goes on top of the soil will act as a barrier between the Ufer and earth.

Before pouring footings for a new house or an addition, You should spot the location of the electrical panel and add a minimum #4 rebar, 20 feet long in the footings. #4 Rebar is sufficient for 100 and 200 amps Panel.

Ufer ground can be used as the main grounding system and it is not required by the national electrical code to add a ground rod in addition to the Ufer.

However, if you have two buildings located on the same lot for example, if the garage and the main house are not attached and each building has an electrical box then each detached structures require a separate ufer ground when pouring new footings.

It also can be designed by an electrical engineer to be used as the main ground for high rise buildings. It was proved to be affective and its commonly used in new constructions.

Ufer was named after Herbert G. Ufer, he was the former western superintendent for Underwriters’ Laboratories, In. and he was given the task in world war II to find alternative ways for a new grounding system to protect buildings from lighting strikes.

Due to the dry soil conditions, there was a need for a working grounding system since the tradition water grounding and regular ground rod were not efficient in Arizona desert.